Police will today begin searching for the remains of teacher Kate Prout - four years after she was murdered by her farmer husband during a bitter divorce. 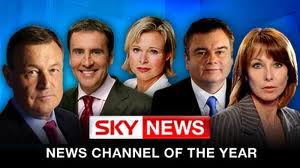 Adrian Prout, 49, finally confessed to killing his wife on Friday, leading police to the spot on the couple's farm where he dumped her body.
He is understood to have owned up to his fiancee Debbie Garlick after failing a lie detector test inside prison.

Prout, who owned a successful pipe-laying business and ran a commercial pheasant shoot, had always denied any involvement in his wife's disappearance and refused to help officers in their search for her.

But on Friday he was seen handcuffed to an officer as he arrived at the 276-acre farm the couple once shared in Redmarley, Gloucestershire.
This morning detectives arrived at the farm to begin the search.

They are concentrating on a pheasant pen with a wooded copse but have insisted they will be taking their time in trying to locate and then exhume Mrs Prout's body.

"Adrian Prout has admitted to those detectives that he murdered Kate Prout - something which he had always denied - and has now suggested that he disposed of her body on Redhill Farm in Redmarley," Mr Atkinson said.

He added: "Our main priority now is to recover Mrs Prout's body and enable her family to have some closure after the long ordeal they have been through."

Prout was jailed for life in February last year after being convicted of his wife's murder.
He was thought to have strangled her after a row over a divorce settlement, then used his expertise as a pipe-layer to bury her body.


Even after he was jailed, police continued to search the £1.2m farm for remains of Mrs Prout's body, but to no avail.

Prout's change of heart comes a year to the day after her relatives pleaded with him to reveal where he had hidden her body.


Her brother Richard Wakefield said in a statement: "Gloucestershire Police have informed us of the latest developments in the investigation into Kate's death, and they are keeping us fully updated.
"We have always wanted Adrian to tell us where Kate's body is, however, this news has obviously come as something of a shock to us.
"We would like to be given some time to come to terms with this news and do not wish to speak to the media at this time. Thank you for your understanding."
http://news.sky.com/home/uk-news/article/16114271

Posted by SteelMagnolia at 5:17 AM