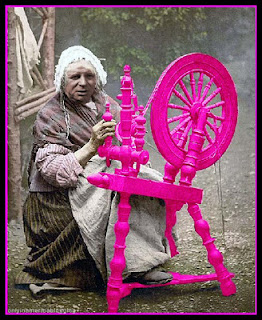 By Andrew Pugh
Former News of the World editor Colin Myler yesterday claimed he would not have published excerpts from Kate McCann’s diary without permission – but was told by his news editor Ian Edmondson that the family’s spokesman Clarence Mitchell had given them the go-ahead.

The claim has since beeny denied by Mitchell.

At the Leveson Inquiry last month Kate McCann said she felt “mentally raped” after the NoW published transcripts from her personal diary on 14 September 2008 under the headline “Kate’s Diary: In her own words”, and said it was done without prior notice.

The McCanns claimed that before the article was published Edmondson told Mitchell they were writing a “positive piece” but did not mention the diary, and if they had known they would have considered taking legal action to prevent publication.


Also speaking to the Leveson Inquiry, Gerry McCann said that Myler had "berated" him in an "angry" phone call because the McCanns gave an exclusive story to Hello magazine - rather than the News of the World.
Yesterday Myler revealed the diaries came from a female Portuguese journalist.
He insisted that Edmondson told him he had cleared the story with Mitchell, telling the inquiry:


"Ian Edmondson had assured me on more than one occasion that Clarence was aware of what we were intending to do and had said, 'good'.

"I think it was very clear from Mr Edmondson's point of view how he had spelt out what he was doing." 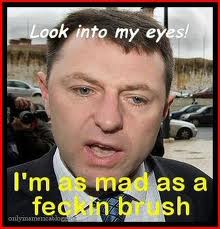 On the subject of the "angry" phone call too Gerry McCann, Myler said: "I don't have a reputation for berating people." He added that he "simply pointed out" his "surprise" that they took their story to Hello with a circulation, he said, of around 300,000 compared with the News of the World's three million plus sale.
Responding to the diary claims, Mitchell said: "At no point in the one brief call that I received from Ian Edmondson on the Friday evening before publication did he spell out categorically that they had purchased a version of Kate's diary that had been leaked by the Portuguese police and that they were planning to publish it in as big a way as they subsequently did.
"He led me to believe that they were looking to do a positive story on an inside page based on leaks in the Portuguese press of quotes in an alleged diary that had already appeared in Portugal in previous days.
"I told him that we were in no way encouraging any such coverage of a diary, or even confirming that any diary existed.

"However, I said if they were planning to run a positive piece that was up to them and it would be fine as long as it was positive.

"All of my contemporaneous emails at the time are now with lawyers for the Leveson Inquiry, and I am more than happy to give my side of the conversation with Ian Edmondson if required.
"You only need to look at the fact that the News of the World subsequently rolled over a few days later and not only published an apology in the following week's paper but also paid more than £120,000 to the Madeleine Fund by way of compensation.
That speaks for itself."
http://www.pressgazette.co.uk/story.asp?sectioncode=1&storycode=48450&c=1
Posted by SteelMagnolia at 10:44 AM