McCann Propaganda vs Dr. Gonçalo Amaral And The Fight For Justice And Truth ! 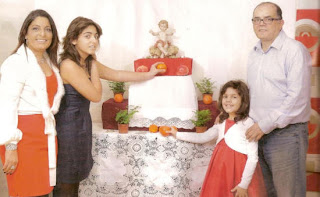 His life has been ripped apart since he led the police investigation into the Millennium’s greatest mystery, and came into legal confrontation with Kate and Gerry McCann. Gonçalo Amaral has lost his family, his business, his assets and the income from his controversial book that states all the reasons why he believes three-year-old Madeleine McCann died in apartment 5A in Praia da Luz back in May of 2007.
Now, four-and-a-half years down the line, he faces another hurdle: a trial for defamation of the McCanns – due to start in Lisbon in February – in which the couple are claiming 1.2 million euros in damages. Does he think he can win? “Of course”, he says. This is the man whose maxim is “justice works in silence”. He still believes the case of the world’s most famous missing person will be solved. And he told Algarve123 what he thinks is needed to get there…
You wouldn’t miss him in a crowd. Gonçalo Amaral, 52, is strikingly tall with a penchant for hats. He was wearing a long black coat, a black fedora and a bright red scarf when we met him on the terrace of Casa Inglesa in Portimão. He looked much more like an intellectual than a former police officer, but these days his life is spent largely writing - an activity he’s come to love as much as the police work that used to fill his days.
Our first question: “How’s life?” elicited the reply “Bad!” so any further niceties went by the board.

What Amaral has always maintained is that the McCanns’ zeal for litigation “will not bring their daughter back”. He claims various legal suits against him, and a number of other Portuguese public figures who have verbalised “anti-McCann-story” sentiments, are totally out of keeping with the Catholic faith so fervently embraced by Madeleine’s mother Kate.

“Is it Catholic to hold sentiments of vengeance? To seek to destroy a family as mine has been destroyed?” he asks.

“This litigation will carry a heavy price – but I have faith that the mystery will be resolved. “Even if I “disappear” in the process - as Kate McCann has written that she wishes I would in her book - I have a daughter and lots of friends who will make sure justice is done”.

It may sound theatrical - but Amaral is not about theatre.

He is about truth – hard facts, solid investigative work.


“The case has to be re-opened, and I have faith that it will be,” he said. “It will either be when this current “procurador” leaves, or when the current chief of police leaves. It’s not something I am pushing for - even if I could - it’s just something I feel certain will happen.
And when it does, the first, most essential thing to be done will be a reconstruction of that very first night – the night Madeleine disappeared.


Because that’s what happened: she literally disappeared!
The reconstruction will have to involve all the parties: the McCanns and their friends. You see, there are so many inconsistencies in these people’s statements that a reconstruction will very quickly highlight where they have not told the truth”.

An example of the power of reconstructions came only weeks ago in Spain where a father claimed his two children were abducted from a park. 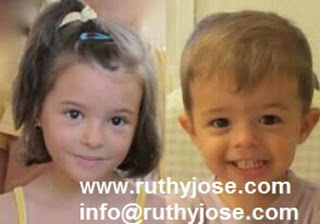 A police reconstruction quickly proved that the father had never taken his children to the park: witnesses who had seen him arrive in his car but hadn’t noticed the children in the back seat, were surprised to discover that in the reconstruction the child-sized dummies in the back were clearly visible. The children’s father is now in jail – although the children are still missing.
Amaral explained that when Madeleine disappeared police didn’t organise a reconstruction in Praia da Luz “because there were so many journalists on the ground” – and once the heat had died down, “the McCanns refused.

They said any reconstruction should be made by actors – but the whole reason for reconstructions is to use the people involved, and see where their stories don’t add up!”

Going back to that first night is logical: the initial 48-hours after any disappearance are crucial. They can literally mean the difference between life and death – but in Madeleine’s case, Amaral is convinced of the latter.


The theory that has led to his prosecution by the McCanns for defamation is clearly set out in his book “A Verdade de Mentira” (The Truth of the Lie) – banned from sale in 2009, and then “released” by the Appeals Court a year later.
We say “released” because the books were actually never returned to publishers Guerra & Paz, and thus they and Amaral have had nothing to sell…
“It’s another part of the whole plot to assassinate my civil position,” Amaral says matter-of-factly. “I’ve been left with no chances; no way of paying my debts; liens on my property. I’ve had to move away from my family in order to protect them. My marriage, well, it’s not so good. Not good at all, really. My life seems to be all about divorce…”
So how does he find the strength to move forwards?

“Well, I put the McCanns in a metaphorical box and I am not really thinking too much about the trial in February.

I think I will win, and then they will appeal – but I have to have a path.

I want to open another consultancy. I had one when I left the police force, but that was destroyed when the McCanns went after me over “A Verdade de Mentira”.

So that’s one thing - and the other is writing. I have recently brought out a new book: “Vidas sem Defesa” about missing children cases in Portugal, and I have another one almost ready (I am not going to tell you what it is about!). After that, I would like to take police “mysteries” and study them and write stories, not novels; stories based on facts to show what I believe really happened. There’s a real lack of books of this type.”

So he’s not angry over the agonies and frustrations he’s endured from what came from essentially doing his job?

“I have my anger well-guarded. No feelings for revenge. Like I say, they will pay for what they have done to me and my family – but through the courts. Even after everything that has happened, I still have faith in the Portuguese justice system”.

And does he have any clues as to what catapulted the Madeleine case into the stratosphere of media attention?

Why did the McCanns receive so much help from the British authorities right from the very beginning?
And why were they and the so-called Tapas 7 never taken to task for child neglect – considering that they all left their children alone at night during the ill-fated holiday?
“Ah, now there we’re getting into politics – and quite honestly, those are questions for the British public to ask.