McCann : Theresa Parker - Martin Grime And Eddie Worked On This Case...Theresa's Body Has Since Been Found And Her Husband Charged With Murder. 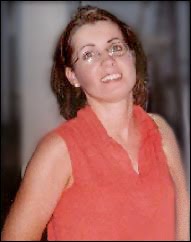 SNIP
We also saw video played in the courtroom to demonstrate how another dog, Eddie, found a sample pair of pants hidden in the Walker County Jail that was perfumed with a cadaver scent. Eddie is an English Springer Spaniel belonging to Martin Grime, a world-renown forensic K-9 expert based in the United Kingdom.


Grime testified he was paid $450 a day, plus travel and living expenses, by the FBI to search some areas in Walker County in connection with Teresa Parker's disappearance.
During a visit to Parker's home back in September 2007 Grime said he and Eddie sniffed around their garage.
"He immediately gave a positive bark response within the garage between a truck parked to the left of the entrance and a boat parked to the right," Grime said.

Grime added Eddie did not seem interested in the vehicles but in a scent that was wafting in the air, based on the way the dog held his nose upward. Grime said Eddie then "hit" on an abandoned house next door. Testimony shows that house was never repaired after a fire gutted the inside and killed a child several years ago.


During lengthy cross-examination Grime said there is no evidence to show Eddie smelled anything incriminating against or linked to Mr. Parker.
Like Higgins, Grime said cadaver dogs can only prove useful when there is other evidence that corroborates the dog's "hits."

The FBI has a keen interest in the outcome of this case.


If Parker is convicted the case could pave the legal way for future prosecutions where there is no evidence other than dog "hits" in connection with a person accused of murder.
It would appear Eddie 'hit' on two cadavers ,Theresa Parker and the dead child from the neighboring home. 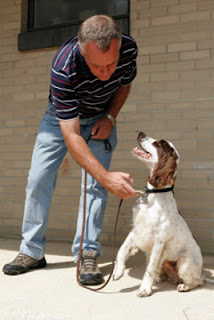 Theresa's husband, former LaFayette police officer Sam Parker, was convicted of her murder in September 2009... The 51-year-old police officer who allegedly had a history of alcohol and domestic abuse and Theresa were in the process of getting a divorce when she disappeared... Theresa’s niece testifies: “He called his badge his get-out-of-jail-free card”... Authorities have finished their investigation... While police said they hope to find a cause of death, Chattooga County Sheriff John Everett said Thursday there are no obvious physical signs to indicate how she died.
http://behindthebluewall.blogspot.com/2010/09/ga-theresa-parkers-body-found-sheriff.html
Posted by SteelMagnolia at 1:28 PM