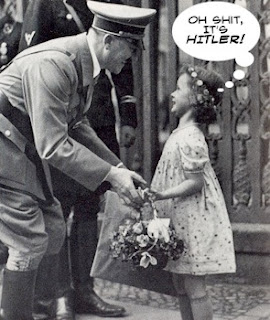 The McCann Dictatorship - There is no evidence - You must believe what I say Or I Will Sue You.
A perfect example of online dictatorship, a means to silence their critics. How many on twitter and forums who refuse to be brainwashed by the McCann mantra have been verbally abused or stalked online ?

Read what happened to Maryam from the same type of McCann bullies who spend their days copy and pasting posts to take back to their den's to spew their hatred and this achieves just what exactly ?????


Within minutes of Maryam's speech (streamed live online) the global Bahraini PR machine went into dramatic overdrive. A tightly organized ring of Twitter accounts began to unleash hundreds of tweets accusing Maryam of being an extremist, a liar, and a servant of Iran. Simultaneously, the Oslo Freedom Forum's email account was bombarded with messages, all crudely made from a simple template, arguing that Maryam al-Khawaja is an enemy of the Bahraini people and a "traitor." Most of the U.S.-based fake tweeting, fake blogging (flogging), and online manipulation is carried out from inside Qorvis Communication's "Geo-Political Solutions" division.
The effort is mechanical and centrally organized, and it goes beyond the online world. In fact, right before Maryam was to give her speech, she noticed two young women in the crowd who stalk her speeches and heckled her a few days earlier at an event in the U.S.
More so than intimidation, violence, and disappearances, the most important tool for dictatorships across the world is the discrediting of critics like Maryam.
http://watchingyouwatchingyme-steelmagnolia.blogspot.com/2011/12/qorvis-oslo-freedom-forum.html

If we are truly living in the land of the free and the home of the brave, we'd better damn well prove it now....
-- Mary Ferrell, November 1992
Posted by SteelMagnolia at 2:15 AM