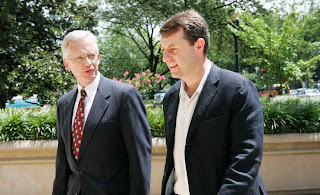 But don't expect to see it on the Commission's official web site any time soon; it appears that their web site hasn't been updated since April of 2009. How much do Congressman James P. McGovern and Congressman Frank R. Wolf, co-Chairmen of the Commission, really care about securing human rights when they cannot even be bothered to ensure that their own Commission's web site is updated?

No matter: the written testimony of Mr. Ernie Allen was courteously uploaded to the web by Congressman Chris Smith. For the time being it can also be found at the American Center's web site as well as at the web site of its "international" subsidiary.
After presenting the usual boilerplate about the American organisations and missing children, Mr. Allen shares some current statistics deriving from his corporate database, in order to "help illustrate the scope of the problem of international child abduction". According to Mr. Allen:

NCMEC is currently working cases involving 1,214 children who were abducted by a non-custodial parent from the United States to a foreign country. The majority of these children were taken to the following countries: Mexico (533 children); Japan (54 children); India (32 children); Egypt (30 children); the United Kingdom (24 children); and Canada (23 children).

These are interesting statistics, and not just because they exist at all. They are interesting because they demonstrate that the American Center's database contains information that is not exposed to the public through their search engine. While there is a field (called abductedCountry) that is supposed to indicate the "possible location" of a "missing" child in a particular country, our search today for all children possibly in Mexico returned a measley twenty-two (22) records, for the United Kingdom one (1) record, and for all three of Romania, Bulgaria and Greece no records whatsoever. Notably we have verified the location of children advertised as "missing" by the American organisations in all four of the above mentioned European Member States. None of these children were identified in the results of our search of the American database as even possibly located in their actual countries of residence!

Now consider Mexico. It is possible that Mr. Allen was being literal in stating that 533 children "were taken to" Mexico, while only 22 are possibly now located there. Logically this would imply that Mexico would have to be primarily a transit country for these children, with only a fraction of them (~5%) likely to remain there following their removal from the United States. It seems unlikely, but it could happen.

Our concern isn't addressed, but let us courteously suspend our disbelief while we continue to parse Mr. Allen's statement. He starts making recommendations to the Tom Lantos Commission on page 5 of his testimony. The first four recommendations are vacuous generalities that can be pithly abbreviated to "everyone should do a better job". Then comes the bombshell, which we quote in full:

Finally, I believe we should amend the federal definition of ‘missing child’ that was established by the Missing Children’s Assistance Act of 1984 and codified at 42 U.S.C. §5772. In parental abduction cases, law enforcement may be hesitant to classify the child as ‘missing’ since the child does not technically fit within the current federal definition of ‘missing child’: a child whose whereabouts are unknown to the child’s legal custodian. Parental abduction cases are unique -- the left-behind parent may know the exact whereabouts of the ‘missing’ child but is unable to bring the child home. This problem can be solved by adding the description “or who was removed from the control of such individual's legal custodian in violation of law or judicial order” to the federal definition of ‘missing child.’ This not only reinforces law enforcement’s jurisdiction over these criminal cases, it also ensures that they will be given the same resources and support as non-family abductions. In addition, clarifying the definition of ‘missing child’ to include family-abducted children ensures that law enforcement will enter these cases into the FBI’s National Crime Information Center (NCIC) database. NCIC entry of these children is critical to ensuring that law enforcement resources are dedicated to these abductions. Approximately one-third of NCMEC’s current international abductions have not been entered into NCIC.

This official testimony appears to contain the first ever admission by any representative of the American center that a full one-third of its current cases are probable if not certain cases of missing child fraud.

That is four hundred (400) children being falsely advertised by the American center, right now, as though they were "missing".

Thanks to the efforts of the members of our committee, Mr. Allen sees the writing on the wall, but he hasn't yet gotten the message. The real issue is not that law enforcement is "hesitant" to classify a child as "missing" when the child's whereabouts are in fact known. It's that capable law enforcement officers know better than to lie to the very public whose diligence is needed to find genuinely missing children.

Mr. Allen is personally raking in nearly one million U.S. Dollars ($1.000.000,00) annually courtesy of the United States taxpayer. On the basis of his Center's missing children statistics, Congress rewarded the American Center with a huge budget that must be the envy of every NGO on the planet, without any oversight or preconditions. Yet, were it not for the pressure being placed on Mr. Allen by members of this committee, in both civil and criminal proceedings, the American public and the world community would still be entirely unaware that they were being misled.

The December 2, 2009 testimony of Mr. Ernie Allen before the Tom Lantos Commission demonstrates that the American organisations are hiding from the public their real knowledge about the children they advertise as "missing". Mr. Allen's recommendation to modify the federal definition of ‘missing child’ is self-serving and does nothing for the little victims of missing child fraud.

We continue to call on our colleagues in the United States and their international supporters to respect the fundamental right of these children to a safe and private childhood.