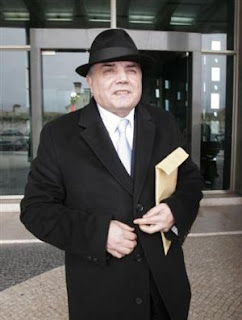 Yes, well one does not need to look too far to know where they are coming from. The McCanns and their lawyer were in contempt of court and returned unwillingly Dr.Amaral's books, a few days later he received death threats ! hmmmm Dr. Amaral also spoke out about corrupt Scotland Yard who have made fools of themselves trying to whitewash a case where the parents are clearly involved, even a one legged budgie with a squint can see parental involvement.

The article as follows.

Gonçalo Amaral yesterday refused to provide his current address to the Judge of the Court of Faro, claiming to have "received death threats." The former PJ inspector was heard at the trial of Antonio Aragon Correia, he is accused of defamation.