Sean And Amelie Get Speaking Parts


4th November 2009, one year ago today,  the video ' minute for Madeleine' had just been  released (November 3rd) and the twins had 'speaking parts'. The McCanns did not mention the video yesterday , evidently none of the Tapas 9 were pricked by guilt each time they switched on their computer, as Jim Gamble suggested would happen. Last weeks 'launching' of the 'googled German website' also not mentioned. The' good doctors' claim to have received 9.000 signatures, not 8, 999 or 8, 998 but a good round healthy figure of 9.000. 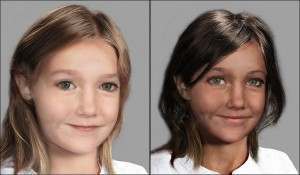 MADDIE WATCH - Anorak’s at-a-glance guide to press coverage of Madeleine McCann: Up until know we have heard nothing from the McCanns’ twins, Sean and Amelie. But today we get:

McCann Twins: We will fight man who took our sister Maddie

What man? What kidnap? The Daily Record says a “beast” took her. If the kids are going to be crime fighters they need to understand the facts. And the facts are two: Madeleine McCann in missing. There are no suspects.
The media gets to work staring at the kids who we watched go to school, who now have speaking parts in the media circus:
Mirror: “‘The twins both know the person who took Madeleine has done something very bad.. they just want her back home’”

They are getting the fear that has been spread by the media for over two years: it could be you.

Heart specialist Gerry revealed: “They’re saying, ‘When we find who took her we will fight them’. That doesn’t come directly from us saying that.

But you did relay it to the media. And the mention of Gerry McCann being a “heart specialist” is relevant because he continues to be the middle-class father of a missing blonde child.
Gerry McCann is talking to Sky News:

“They talk about her more than Kate and I do – it’s incredible. Now they are saying, ‘She’s been taken, when we find who took her, we’ll fight them’. Amelie this week in particular was saying, ‘When I find that man I’m going to do this and that’. I said, ‘No, we will give them to the police and then put them in jail’.”

So not the man of the Sun’s headline, but men plural. Or women.
The McCanns have launched a new campaign to search for the media’s Our Maddie. The media’s Third Summer of Maddie was stymied by the death of Michael Jackson. Now the kids are back to school, the paper’s favourite missing child and fallback story returns with much fanfare.
Images of Madeleine McCann as she may now look have been released. And one image has been adopted above all others:

One image, as revealed in The Sun yesterday, shows her with dark skin and hair – as she might be if held in North Africa.

As if. The darkies have got the blonde child. Spread the fear. Beware of the foreigners.
As the Star whispers about those darkies:

The 60-second police appeal video has been translated into seven languages, including Arabic.

Arabs. Darkies. No proof. Still, they are very, well, dark. Back in the Sun:

Kate, 41, admitted the pictures were painful to look at, adding: “She could have had her hair dyed, she could be tanned. It’s to let people know she’s not necessarily that little blonde girl they saw a few years ago.”

Kate said: “The motive really is to try to reach that person who knows what’s happened to Madeleine, where she is, or who knows the abductor. We’re trying to prompt them to do the right thing and bring us that information.”

And what else are the parents doing to help the hunt?
Metro: “Madeleine McCann’s parents deny ‘pact of silence’ accusation”

The 41-year-olds were asked about allegations made in a book by Goncalo Amaral, the detective formerly in charge of the case. The pair from Rothley, Leicestershire, denied there was a pact of silence over what happened in Praia da Luz in May 2007.
Mr McCann said later: ‘The place to have those discussions is in the judicial and legal environment.’

The Irish Independent is more confrontational:

Kate and Gerry McCann were grilled yesterday for the first time about allegations they could have been involved in their daughter’s disappearance.

Er, no. The police in Portugal grilled them. They were named as “arguidos”, which is a kind of suspect without proof. And then they were no longer arguidos.

However, last night Sandra Felgueiras, a reporter for Portuguese TV station RTP, questioned the McCanns about claims made in a book by Goncalo Amaral, the former detective in charge of the investigation into Madeleine’s disappearance…
The McCanns were visibly frustrated by the course of the RTP interview, which included questions about the findings of sniffer dogs brought in to search their apartment in Praia da Luz and whether they had close links to the British government.
Ms Felgueiras quizzed them on claims there was a “pact of silence” between the couple and friends on holiday with them when Madeleine disappeared.Mr McCann explained that there was no pact, but they had all refused to talk to the media about what happened that night in line with Portugal’s strict judicial secrecy laws.

Laws which no longer restrict them from speaking.

The journalist also asked if they felt they were victims of the Portuguese investigation, to which Mr McCann replied: “The victim is Madeleine.”

Although Robert Murat didn’t do too well out of it. Gerry McCann tells us:

“That’s the approach that we’ve taken, and clearly we’re very pleased that the Portuguese judiciary have agreed that there is absolutely no evidence that Madeleine is dead or that we were involved, and that’s why injunctions have been given. If people accept that, then they will accept that Madeleine is missing and can still be found.”

Accept something without evidence? A child is missing. The parents are innocent. There are no clues to her whereabouts.


Source: ANORAK
Posted by SteelMagnolia at 2:04 AM