#McCann Case : #Cipriano - Prosecution unveils horror of girl’s death - Mark William Thomas For His 15 Minutes Of Fame Has Tried To Connect This Horrific Crime With Madeleine Who Died In The McCann's Apartment! 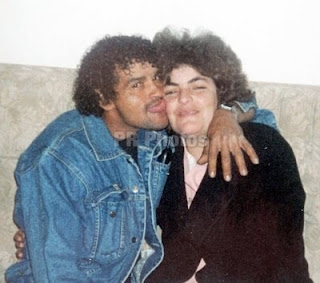 Joana Cipriano, the seven-year-old who mysteriously vanished from her Figueria home last September, was allegedly murdered in horrific fashion in order to conceal an incestuous act, unintentionally witnessed by the child, between her mother and uncle, prosecution lawyers have charged.

This is the conclusion that the attorney general’s office have revealed in a 200-page-long charge sheet.
According to the report, the child’s head had been repeatedly bashed against a wall, crushing her skull and causing the child’s death, her dead body then dismembered and frozen for some days before being thrown into a nearby pigsty to obscure evidence.
The motive, as had been previously suggested, was triggered after Joana unsuspectedly walked in on her mother and uncle’s incestuous act that was taking place in the family’s living room and threatened to tell her stepfather, António Leandro, with whom she lived and regarded as her father.
Recent investigations have also revealed that Joana could have been the victim of ongoing sexual abuse, committed by more than one individual, after traces of blood and semen were detected in items of the child’s underwear by current forensic investigations.
A source quoted by Correio da Manhã and reportedly closely linked to the case, has confirmed that ‘the case will reveal many surprises’ that ‘could happen at any time’.
The child’s grandmother, Florinda Domingos, mother to João and Leonor Cipriano, has also stated that, in her opinion, if any of her children were responsible for the murder ‘it would be João’ (the uncle) ‘and probably because of drink and drugs’, proceeding to describe him as always having ‘been a naughty boy’, and that she had never seen her daughter (Leonor, Joana’s mother) ill-treat her granddaughter.
If the prosecution were to prove their charges, the accused will face between 16 months and 25 years of imprisonment. Initial reports suggest that the two accused could be sentenced to between eight and 12 years imprisonment of found guilty, though prosecution lawyers will be pushing for maximum punishment, which would be a 25-year jail term.

Posted by SteelMagnolia at 1:54 AM