Missing Caleigh Ann Harrison : Is She Yet ANOTHER Simulated Abduction? 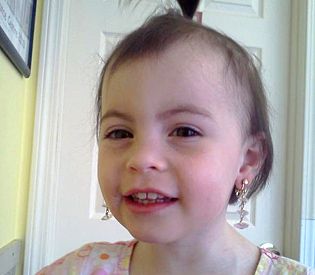 ROCKPORT — With rough weather today continuing to stall the search for 2-year-old Caleigh Ann Harrison, hopes are being pinned on the results of a weekend interview with Caleigh's 4-year-old sister to help find the missing child.

Elizabeth Harrison, 4, spoke with a person trained in caring for children with traumatic experiences — described as a child psychologist by family members — on Saturday, according to David Harrison, Jr., brother of Caleigh's father, Anthony Harrison. Elizabeth had initially told State Police she could not remember what happened in the last moments before Caleigh disappeared. Authorities have not advised family members any results from Saturday's interview.

Elizabeth and Caleigh were playing on Long Beach near Cape Hedge Beach with their mother, Alison Hammond, and the family dog. Hammond turned from the girls to get a wayward ball, and when she returned, Caleigh was gone.

Massachusetts State Police reiterated this morning that foul play could not be ruled out at this point — noting that though there seems to be no evidence of an abduction, without proof that Caleigh went into the ocean, alternative scenarios cannot be discounted either.

"We'd have to have obviously clear information that Caleigh entered the water," said State Police spokesman David Procopio. "We can't say for sure what happened to her."...read more