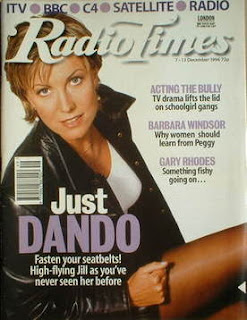 There is not one piece of hard evidence linking Barry George to the murder of Jill Dando.

No credible forensic evidence, no DNA, no fingerprints, no CCTV footage.

No conclusive witness statements. The best ones available are something along the lines of, "I saw him in the area a few hours before she died."

No confession - not even a retracted one.

No evidence that George was planning to kill Dando or had any kind of grudge against her.

No murder weapon or anything linking George to it.

No evidence that he had the mental capacity necessary for such a crime. He is in the bottom 5% in the U.K. when it comes to intelligence.

Photographs of Jill Dando in magazines found in George's flat had not been ripped out and were just a few out of hundreds of newspapers found there.

The so-called vital evidence withheld at the retrial was a microscopic particle of gunpowder residue found in George's coat taken by police officers searching his flat over a year after Dando was killed.

When both the flat and the coat had been cross-contaminated not least by armed police. The search team, who recovered the jacket, had not worn forensic clothing whilst searching George’s flat. One of the officers who was present, and who had handled the jacket, had handled ammunition whilst wearing the same clothing. The vehicle in which the clothing was taken away had not been sampled and the Metropolitan Police have been forced to admit that proper forensic procedures were not followed, and at one point George's clothes were taken out of their protective bag and stored in a firearms cabinet, where it could've been contaminated with - shock, horror - gunpowder residue.

The Forensic Science Service have declared that a single particle of Firearms Discharge Residue is no longer considered to have any value whatsoever as admissible evidence.

The case against Barry George was pathetically weak - not even close to reasonable doubt, let alone "beyond any".

Defence solicitors are hardly to blame. The blame lies squarely with the Metropolitan Police for being so keen to get an easy collar on a high profile murder case that they ballsed up the investigation, and with the CPS for allowing such a flimsy case to go to court.


And they have the GALL to smear the Portuguese police !

Posted by SteelMagnolia at 6:00 AM