Lies: Janine Wiles, 24 from Blackpool, Lancashire, has been jailed for six months, at Preston Crown Court, for falsely reporting her daughter had been abducted from her backyard
A pregnant mother-of-four has been jailed for six months for falsely claiming her two-year-old daughter had been snatched from her back yard.
Janine Wiles told police the girl was seized while she was playing on a trampoline.
She claimed she saw a masked man walking off with her daughter, ran after him and managed to seize the child out of his arms. 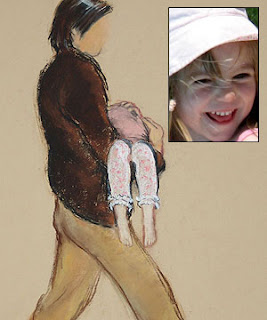 Police launched a 13-day hunt involving 50 officers and costing more than £50,000, which culminated in the arrest of two men.
Wiles, 24, even took part in an identity parade – where she made a false identification – before she eventually admitted she had been lying.
Yesterday she was beginning a six month sentence after pleading guilty to perverting the course of justice at Preston Crown Court.
The court heard unemployed Wiles called police in June last year to say an intruder had scaled the wall of her back yard and attempted to snatch her daughter.
Francis McEntee, prosecuting, said: ‘She described a confrontation with the man, grabs the child from him and the man walks away from the scene.’
Police were called to the house in Blackpool and began screening CCTV footage. Case: Preston Crown Court, pictured, heard that she had made up that her two-year-old was snatched by a man who tried to escape on a bike Wiles' deception is similar to the one carried out by Karen Matthews, above, in 2008.
Matthews, 36, was nicknamed ‘Britain’s worst mother’ after she hatched a plot to abduct her daughter Shannon, below right, then aged nine, in February 2008 in an elaborate attempt to claim a £50,000 reward.

She was released from prison this month after serving just half of an eight-year sentence for kidnapping her daughter.
The mother of seven was freed from Foston Hall prison in Derbyshire and taken to a secret location believed to be within 30 miles of her former home in Dewsbury Moor, West Yorkshire.
Matthews and her accomplice, Michael Donovan, 44, sparked a £3.2million police hunt when they kidnapped Shannon from her home.
A tearful Matthews made TV appeals pleading with her daughter’s abductor to set her free and hundreds of local people helped search for the girl.
Shannon was found by police 24 days later in Donovan’s flat a mile away, hidden in a compartment under a bed. Donovan, who was also jailed for eight years, was released last week.
Wiles went on to give a detailed description of the man and an ‘emotive account’ of her child screaming ‘mummy, mummy’, with another child – who was playing in the backyard – shouting out: ‘Janine, he’s got her.’

‘There were repeated concerns from those living in the neighbourhood, who were all in fear this offender may strike again,’ he added.
‘And the police were not in a position to allay these fears as they were chasing a phantom offender.’
Virginia Hayton, defending, said Wiles – who is pregnant with her fifth child – was depressed after breaking up with her partner.
She said the cry for help had ironically provided the support she needed, as her boyfriend moved back in. Miss Hayton said: ‘This was not premeditated. She found herself getting swept away.’
Sentencing Wiles to six months in prison, Judge Pamela Badley said: ‘The effect of your actions, first of  all, was public disquiet in a community.
'One of the most dreadful things is the fear of the lack of safety of a child.
'That causes concern to every parent, every school, every responsible adult.’

Judge Badley sympathised with Wiles’ tough life but added it was her public duty to jail Wiles, who wept uncontrollably at the sentence.
The defendant was told it was ‘highly likely’ she would be free when due to give birth in September.
Detective Chief Inspector Andrea Barrow said: ‘This had a massive impact on residents who were obviously concerned there was a man who had tried to abduct a child when in fact this simply was not true.
‘Parents changed their activities because of their concerns for their own children.’